In our last post we mentioned that we were back on board Celeste in Alaska’s Aleutian Islands! So here’s what we’ve been up to!

After a very long day of airplanes and airports, we arrived back on board Celeste late at night on June 9.

Moving in again… Long way to go to make her home-like once more!

At first glance she was very much how we left her, but closer inspection revealed the damage wrought by a big storm (ex-typhoon from Japan) over the winter. The storm is still talked about all over town, and many houses still bear the scars: roof panels gone, whole windows gone and boarded up, broken glass. Considering the 150mph winds from several different directions, the damage to Celeste wasn’t as bad as it could have been. But she wasn’t unscathed either. The wind heeled her over so far that she got caught under the dock and the force was enough to bend our largest chain plate (the big stainless steel plate fastened to the hull that holds down the rigging, which in turn holds the mast in place). It also bent one of the turnbuckles on the rigging and three of the stanchions (stainless steel poles that hold up the lifelines around the boat).

Mashed turnbuckle and chain plate (behind) from the ex-typhoon

Although replacing the chain plate was a fairly big job, the biggest damage was to the toerail (the piece of wood that lines the edges of the boat) and the genoa track that’s bolted to it. The toerail was really chewed up – big splinters of wood, cracks, whole pieces torn away.

We’ve epoxied the worst of it back together, but it will need to be replaced once we reach Platypus Marine again. The genoa track (which holds the cars (big blocks – pulleys) through which we lead the sheets (ropes) that control our biggest headsail) was bent and will likely also need replacement. Finally, the cars were mashed to bits.

We started with the chain plate, as it would have been unsafe to sail with it in its bent and compromised condition. It actually turned out to be slightly easier than expected to replace it: we did not have to grind out the outside of the hull to reach the bolts, and a local welder was able to fashion a new plate within 24 hours! So the new one is now installed and ready to go!

Our next project was to repair the worst of the toerail damage with epoxy and then wrestle with the bent jib track to remove the smashed cars and install new ones.

New genoa car installed; mashed one on deck next to it – the other one was mashed even worse – in about 6 pieces…

It (understandably) takes a long time for items to be delivered to Unalaska Island (the jib cars only took a week thanks to 2-day shipping!), so very fortunately our friends here had a spare turnbuckle that we could use as a temporary replacement for the damaged one. We’ll probably have to replace that in Washington State as well, just to be safe, because it’s a bit old.

In addition to repairing the damage, we’ve been busy with the usual re-commissioning. Seth scuba-dived on the boat again to clean off all the algae/seaweed that had grown over the winter, and went up the mast to re-install our navigation lights, VHF radio antenna, and halyards (ropes that pull up the sails). I’ve changed our engine oil, stowed the gear we’d taken off the boat, stitched our jib back together where it was ripped in strong winds last summer, flushed our water tanks, and cleaned our decks which were covered in gravel that had blown on board from the road during the big storm. We’ve also topped up our propane tanks, fuel tanks, and food supplies. Now we’re just waiting for the arrival of our new stanchions and for the weather gods to smile on us!

Because of the repairs, we haven’t been able to hike as much as last summer, but we have managed a few hikes on the hill closest to our dock from where we can get a great view and spot lots of eagles, Arctic ground squirrels, and occasionally whales when they come into the bay. We continue to be amazed by the untouched beauty of the Aleutians. We’re almost done with our boat work and ready to go, so the blog will be on hold for a bit here as we sail without internet. Thanks so much for your understanding! We’ll try to catch it up when we get a chance! Meanwhile, here are some shots of the beautiful Aleutians! 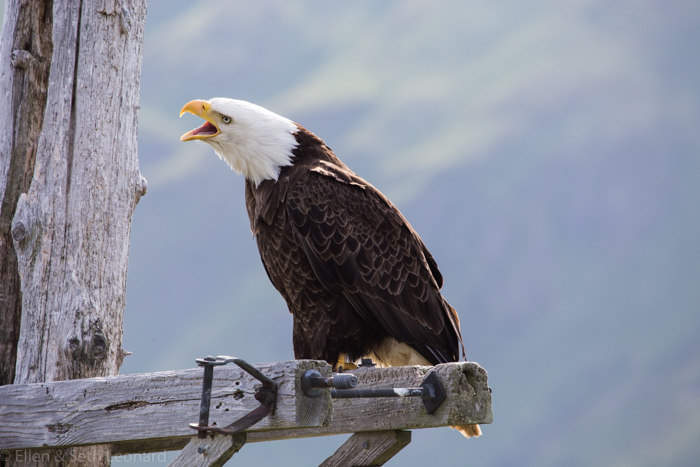 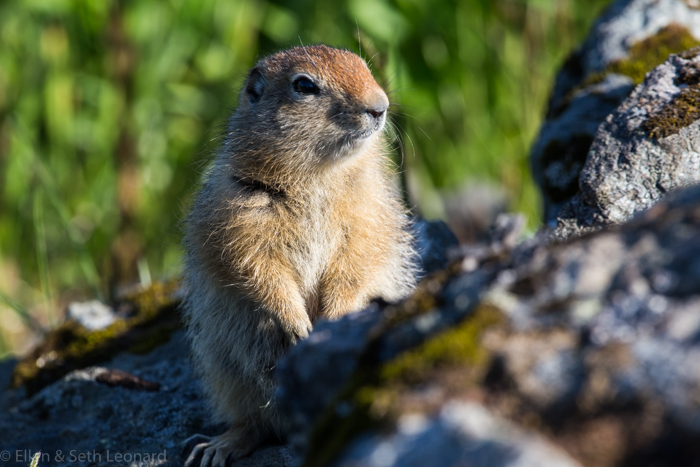 Another day in Paradise!

10 thoughts on “Back in Dutch Harbor/Unalaska”